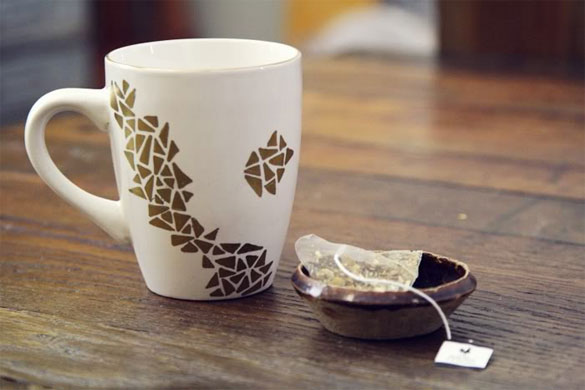 Don’t you just love DIY’s such as these? They’re quick, easy, inexpensive and really add some spice to things you probably already have. All you need is an oil-based Sharpie and a mug, dish, glass, bowl, etc.

I’m not the world’s greatest artist, so I probably wouldn’t be able to replicate the fun pattern as they did on Oh, Hello Friend, shown above. But polka dots or a fun quote, that I could handle.

As far as I’ve read, you don’t even need to bake these after you draw on them for them to set – the oil-based marker will just stick. But that could be false information, and I would probably bake them just in case. Also, the ink isn’t food safe, so you have to keep your designs on places where food won’t be touching. So maybe that dish I suggested above isn’t such a good idea. The outside of a bowl would work though!

Anyway, I have a TON of white mugs that a few Sharpies could really liven up. How about you? Will you try this cute and simple DIY?