Would You Rather: Chandelier or Drum? 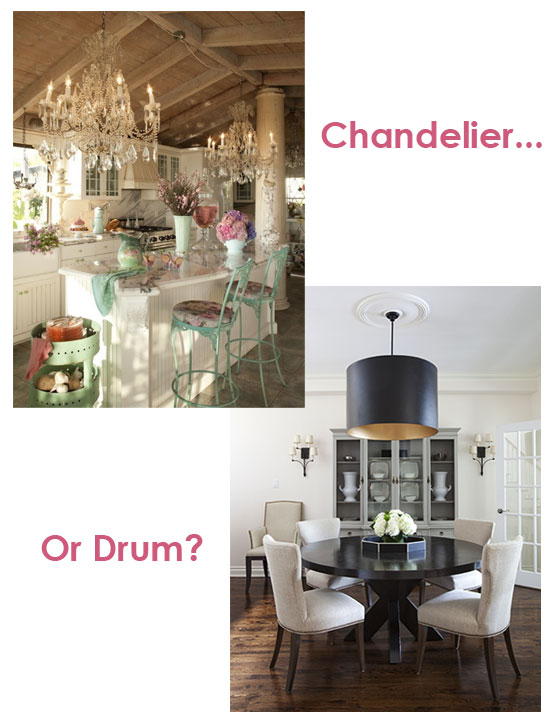 If you had to absolutely choose between one or the other – which would you rather – a chandelier or a drum? And where would you put it?

Chandeliers come in so many different varieties – some ginormous, some smaller, some colored, some clear and sparkly. The one thing I would never choose in a chandelier is lights that look like big fake candles. It just takes away from the glamour effect of a chandelier, if you ask me. Also, I know many kinds of lights are referred to as chandeliers, but for me, I think of beautiful chandeliers in the image above when I think of chandeliers – not anything beaded or crazy like that. Now I’m not saying those aren’t considered chandeliers – just not what immediately comes to mind, ya feel?!?!

So what about drum lights? I have one hanging about my kitchen table and I love it. It’s just a plain linen, not as dramatic as the black shade shown above. But, sometimes you just can’t beat the clean, modern look that a drum shade brings into a room.

So, if push came to shove, I would rather have a chandelier. How about you??