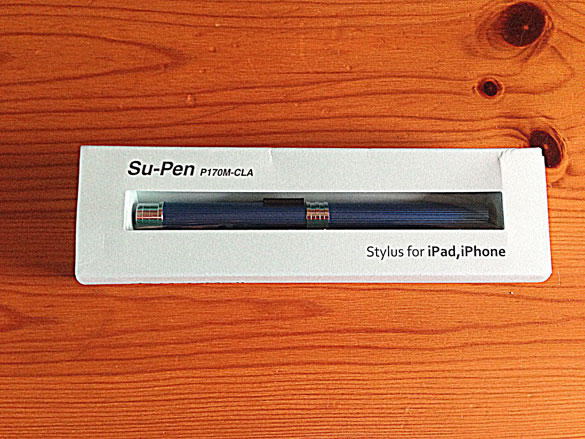 This week’s product pick is a little different from the modern furniture I am typically coveting and is something that I’ve actually been using for a couple of weeks now.

The kind folks over at Su-Pen sent me an email asking if I’d be interesting in testing out their stylus for tablets, phones, etc. and since I was just about to purchase a new iPad, I thought why not?!

I’ve had an iPad since the original, and an iPhone for several years, but I never imagined the need for a stylus. But then, I started using the Su-pen with my new iPad and I felt like I was faster at typing and more efficient with less typos. I didn’t feel the response with the stylus was as fast as it was on my iPhone, but on my iPad I was like speedy gonzalez. Even my fiance was amazed.

The Su-pen also comes in handy for documents I need to fill out, for Photoshop, for blogging from my iPad. The only thing I do wish was that I had a way to attach it to the case or to the iPad somehow so that it was easier to find when I wanted to use it. What I do love most about it is that there aren’t any fingerprints up and down my screen when I use the stylus. Plus, its extremely affordable and looks just like a regular pen!

So, what do you think about the Su-pen? Would you use a stylus for your touchscreen devices?