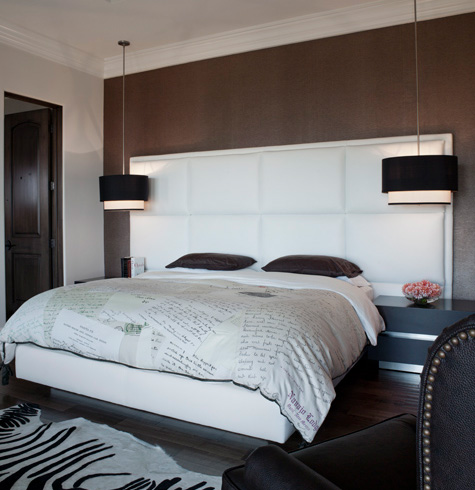 Over-sized headboards make a dramatic statement in the bedroom as they easily catch the eye. Whether they’re neutral or in a bright color, it’s the unexpected large size that creates a glamorous modern look.

Do you love the look of these over-sized headboards? Each of these headboards shown above appear to be custom-made items. So, if you had the option to custom make your own headboard – would you go for the extra-wide version or would you stick to the normal width?