Schmoozing with veteran pop art guru and dealer Harry Saylor is always a blast, and while schmoozing is always more fun after a few cocktails, I finally had the chance to do both at the â€œHoliday in the Parkâ€ art show in Edgewater, NJ a few weeks ago. If youâ€™re a pop art enthusiast dwelling on the east coast and donâ€™t already know Harry, you definitely should.

Visit his Orbit Gallery, also in the happening Hudson River-side city of Edgewater, and aside from meeting a hell of a guy, youâ€™ll be greeted by amazing works of what Harry refers to as â€œthe Warhols and Picassos of today.â€ Harry has a long history in dealing Warhols and Picassos, and if his word isnâ€™t enough, simply look around and lose yourself in a colorful abyss that lies somewhere between vintage-psychedelic and cartoon-pop. Youâ€™ll see â€œthe hot new names of POPâ€ like Shag, Gary Baseman, Tim Biskup, and Robbie Busch (one of my favorites) on display alongside the likes of Keith Haring and Andy Warhol. 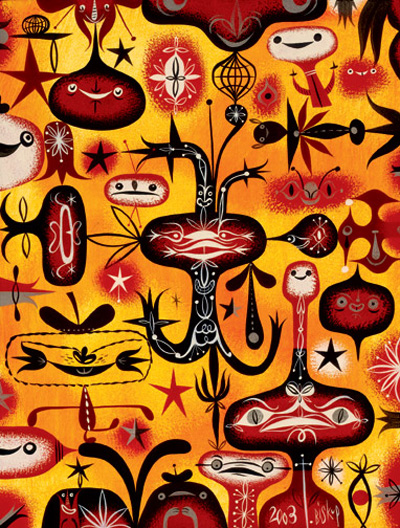 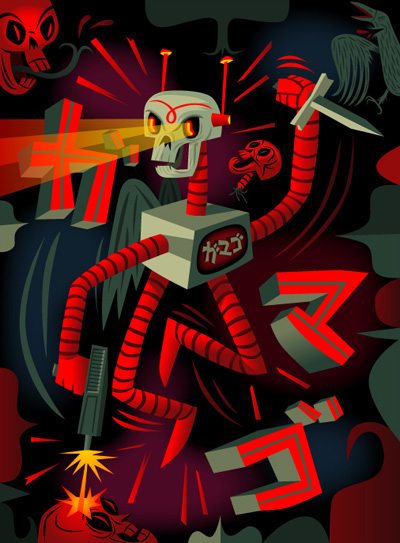 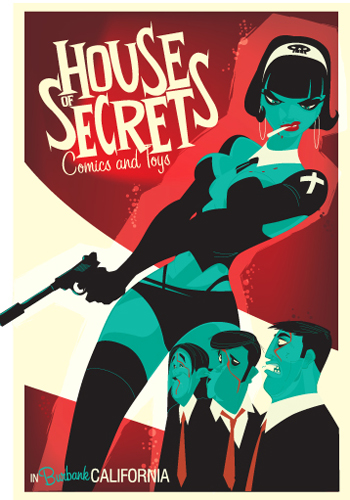 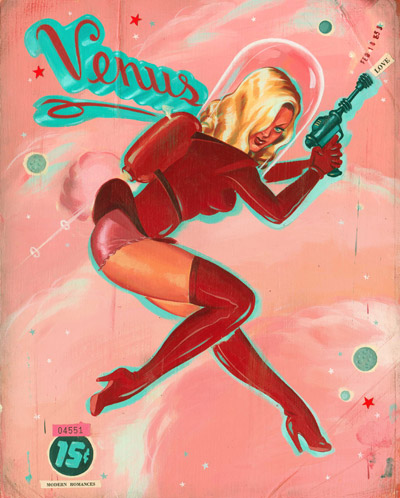 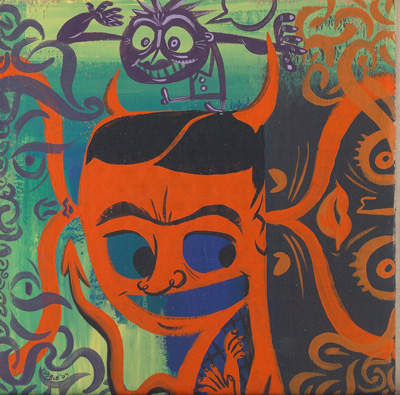 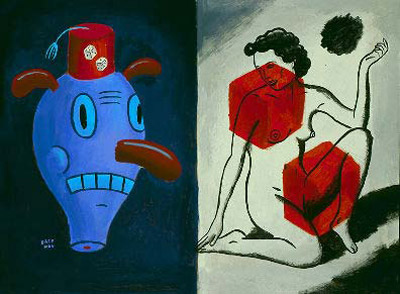 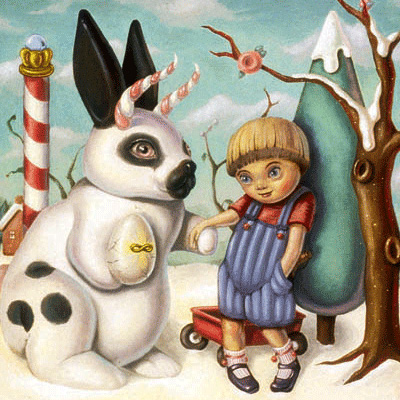 One Response to The Orbit Gallery